As the quarantine keeps everyone at home for their safety, many young Filipinos spend their time honing their skills and creativity, finding ways to express themselves. With all this free time on their hands, there are those who even go the extra mile when it comes to being creative.

This was certainly the case for 19-year-old communication student Thea Sophia Disabelle, from Bantayan Island, Cebu, who stirred buzz on the internet after creating art not just through traditional mediums, but also using a medium no one thinks could be used for art: soy sauce. Yes, the very same soy sauce you ordinarily see in kitchens at home.

“It all started when I poured a little amount of soy sauce into a saucer, since I needed it for my fried fish,” said Thea, who made her first soy sauce artwork back in March using Silver Swan Soy Sauce, a staple in their pantry. “After that, I paused for three seconds while staring at it—something was beautifully formed. After I had my breakfast that day, I asked myself, ‘Why not make art using soy sauce?’”

While Thea always had access to Silver Swan Soy Sauce as it was the family’s preferred brand since her childhood, it would take her a few more months before trying to make another soy sauce artwork after her first one. This time, however, people took notice.

“I posted it on Facebook and didn’t expect to get many likes, comments and shares,” she said.
“Fortunately, it really went viral and I was so overwhelmed.”

Although Thea also creates art using more traditional mediums such as paint, pastels, and pencils, she likes the convenience that soy sauce allows, recommending it to artists who may have challenges getting art materials during the quarantine. Silver Swan Soy Sauce, made of high-quality soy beans, also provides artists a unique texture to work with, distinguishing it from the usual materials and providing a tamang-tamang timpla even to art.

“The texture looks so cool after a while,” she says. “Artists just need soy sauce, a large plate, and imagination. It’s tricky to do this kind of artwork because one wrong move, you’ll have to start all over again. It might be an ephemeral artwork but it’s worth the effort.”

As some artists find new ways to make breathtaking art during the quarantine using everyday items, Thea believes that there’s really no limit to what anyone can create as long as they keep trying. She herself wants to pursue a fine arts course and eventually turn her hobby into her life’s work.

“I encourage them to be creative and make use of their time through art,” she says. “You don’t need expensive art materials—you just have to go to your kitchen, get some stuff and make it your masterpiece. It’s just a matter of creativity, dedication and willingness to learn something new. You just have to be creative in making nothing into something. That’s how art works.”

As a token of recognition for Thea’s astounding creativity and resourcefulness, NutriAsia, makers of Silver Swan  will be sending her and her family more of their products for their use—whether it’s for their food or for more of Thea’s art. 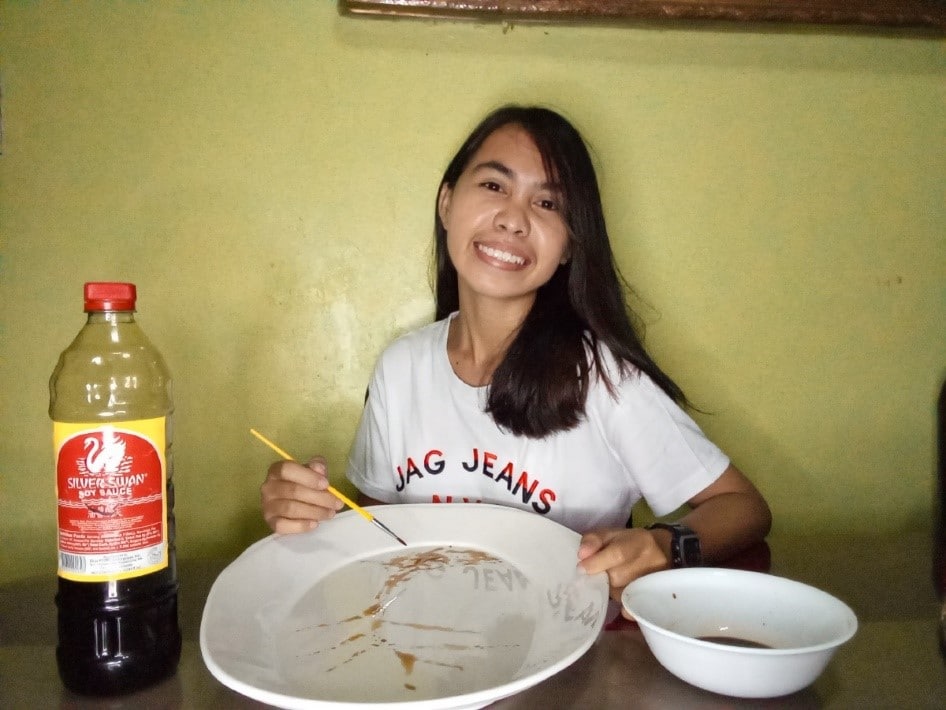 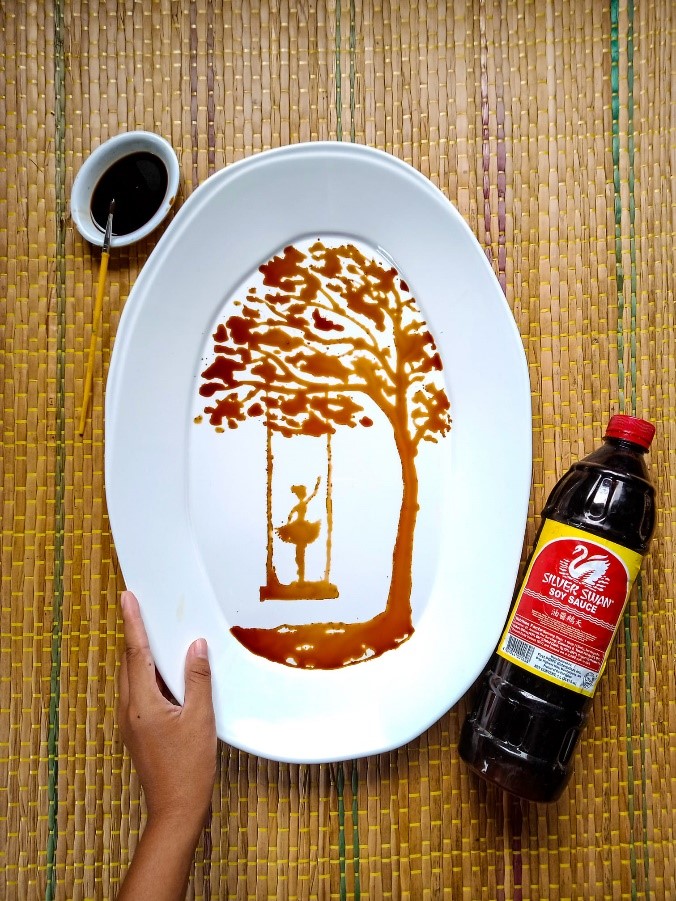 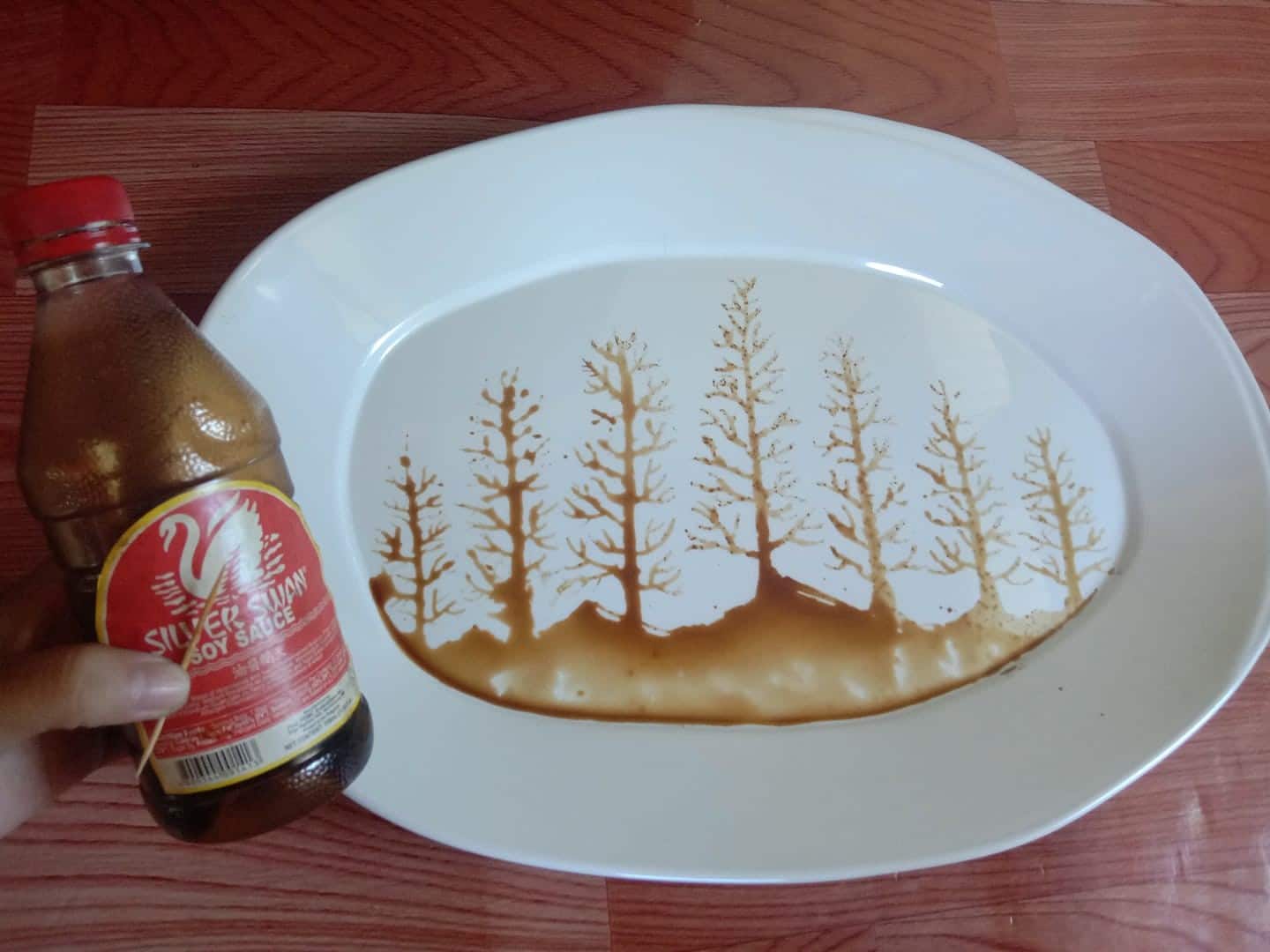